With 340 units in the US of which 96% are franchised, Blaze Pizza is another popular pizza franchise. And it’s also relatively affordable too: with a minimum liquid capital of $300,000 and a $865,450 investment cost, it’s on the lower end vs. other fast food franchises.

But is a Blaze Pizza franchise a profitable business? How much money can you make with a Blaze Pizza restaurant? What’s the payback period for your investment?

In this article we’re looking at Blaze Pizza and the information disclosed in its latest Franchise Disclosure Document to find out whether you should invest in this franchise. Let’s find out!

🔎 How does Blaze Pizza compare vs. other franchises? Check the ranking

Blaze Pizza is an American fast-casual pizza concept chain with over 340 units in 38 US states and six countries globally.

It was founded in 2011 by Rick and Elise Wetzel in Pasadena, California. The chain began franchising in 2012 and is headquartered in Los Angeles, California.

How much does a Blaze Pizza franchise cost?

You would need an investment of around $865,450 to open a new Blaze Pizza restaurant.

The investment amount covers all the startup costs needed to start a fast-casual dining restaurant. In addition to the initial franchise fee of $30,000, this amount also covers:

How much turnover can you make with a Blaze Pizza franchise?

This number is calculated based on the annual median turnover of 269 franchised restaurants operating in 2021, including both traditional locations and mall storefront restaurants. 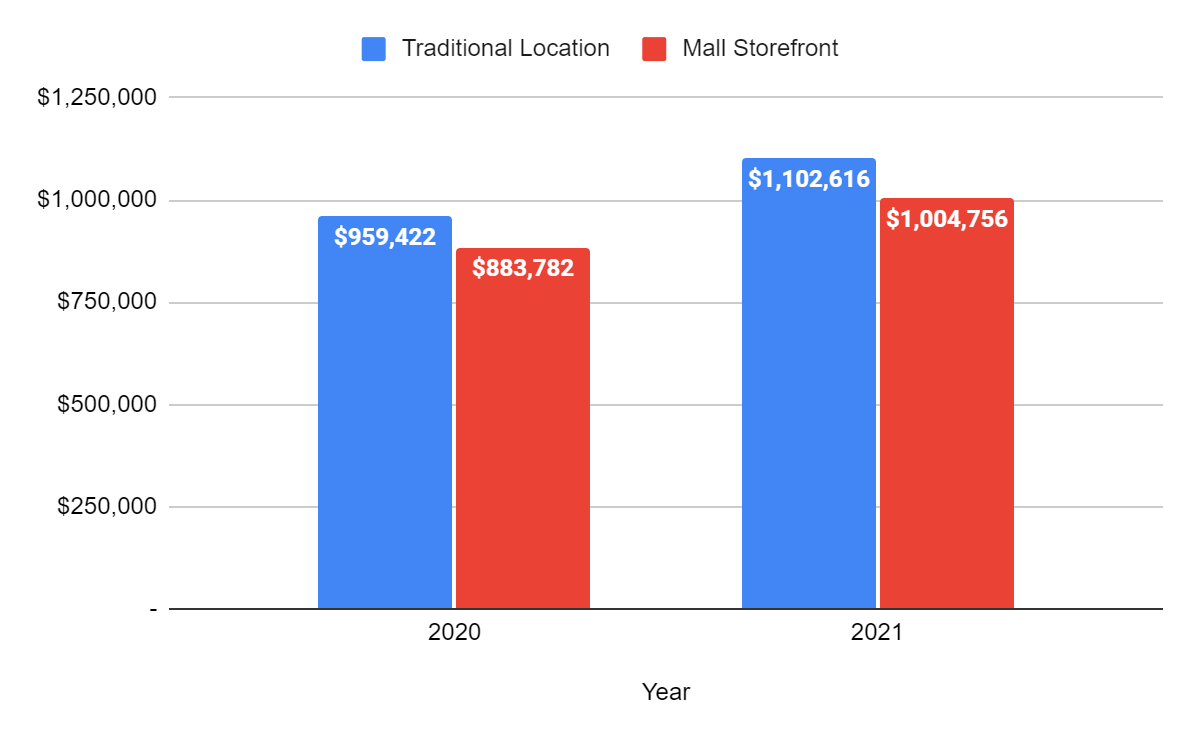 How profitable is a Blaze Pizza franchise?

Note that this 19% profit margin (adjusted EBITDA) is on the lower end compared to similar franchises as per our intelligence (~25-27% industry average).

Yet, also note that Blaze Pizza doesn’t provide any financial information regarding the costs of its franchised restaurants. Instead we had to use the industry average for labor costs (29% sales) as well as company-owned restaurants’ information for COGS (28.6%).

What does the adjusted EBITDA mean exactly? You should keep in mind that this adjusted EBITDA is not net income. Indeed, you will need to deduct taxes, debt interest expenses, and other costs from adjusted EBITDA to get to net profits, which we estimate at about 10% of sales.

Is a Blaze Pizza franchise a good investment?

We found that it takes on average 7.9 years to repay your initial investment if you were to invest in a Blaze Pizza franchised restaurant.

Whilst average, this payback period is not the best we found for fast food restaurants. Indeed, a payback period of 5 years or lower is considered very good instead.

Download the Blaze Pizza business plan and get your franchise funded

How does it compare vs. other franchises?