Indeed, you would need to invest $509,806 on average. In comparison, the average Charley’s Philly Steaks franchise makes $786,233 in sales per year.

What is Charley’s Philly Steaks?

The brand’s story began in 1985, at Ohio State University, as a simple 450-square-foot restaurant satisfying the college students’ appetite for made-to-order cheesesteaks, lemonade, and gourmet fries.

Charley Shin founded the restaurant chain after tasting the Philly cheesesteak for the first time and falling in love with it.

Charley Philly Steaks began its franchising operations in 1991, long before it became a subsidiary of Gosh Enterprises, another Shin-owned company. Currently, the chain has 700 locations spread across 46 US states and in 17 other countries around the world.

How much does a Charley’s Philly Steaks cost?

You would invest around $509,806 to open a Charley’s Philly Steaks restaurant.

This number is an average. Indeed, it changes based on the type of restaurant you go for. For example, you need to invest more for a freestanding location vs. a Walmart restaurant. 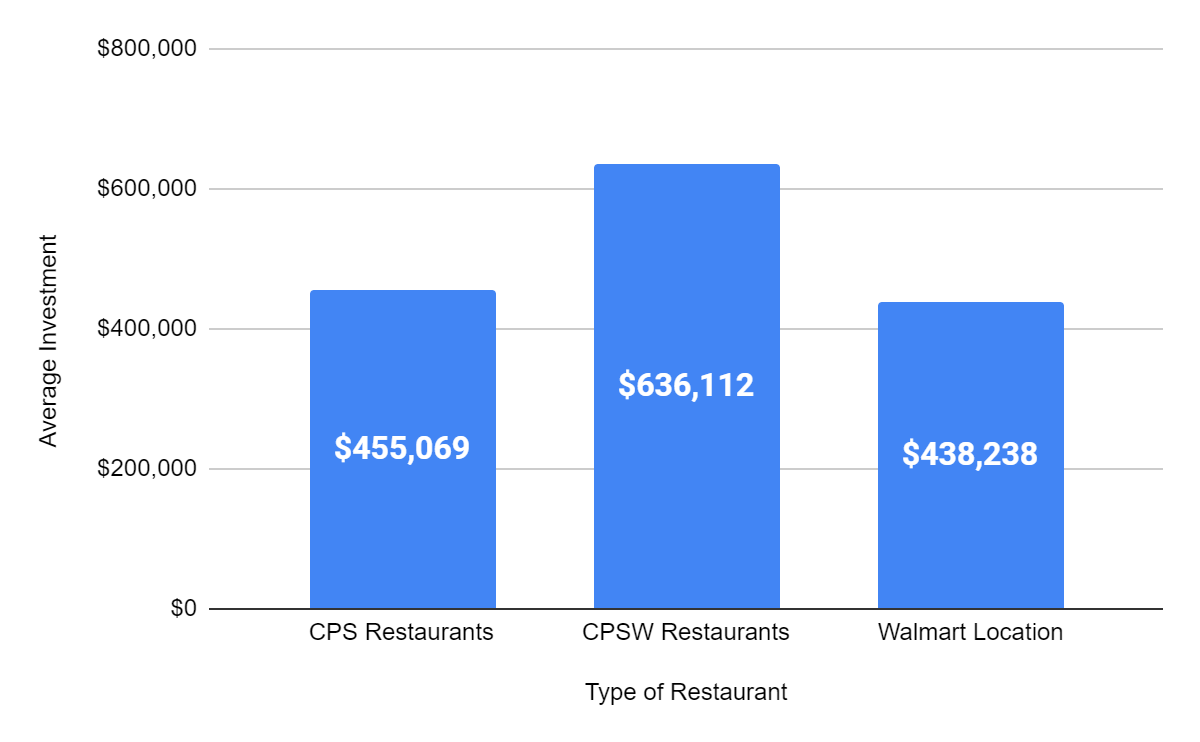 Including the initial franchise fee of $24,500, you would need to pay for building costs, leasehold improvements, working capital for the first 3 months of operation, etc. Here’s the full breakdown:

How much can you make with a Charley’s Philly Steaks franchise?

This number is the annual median sales for all 477 restaurants operating in 2021. As such, it includes all types of locations: military bases, airports, strip centers, etc. See the full breakdown below.

How profitable is a Charley’s Philly Steaks franchise?

On average, a Charleys Philly Steaks franchise makes $212,283 in profits per year. This represents a 27% adjusted EBITDA margin.

Can you keep 27% of your revenue as net profit? No, this adjusted EBITDA does not mean that the full 27% of the total revenue goes to your pockets. Rather, you may need to deduct taxes, debt interest expenses, and other costs.

The good news is that the 27% adjusted EBITDA margin is in line compared to similar franchises as per our analysis (~25-27% industry average).

Do keep in mind though that Charleys Philly Steaks doesn’t provide any costs for its franchised restaurants. Instead, we had to use industry averages for COGS (25% sales), labor (29%), and rent costs (8%) to calculate profits.

Is a Charley’s Philly Steaks franchise a good investment?

If you’re considering opening a new Charley’s Philly Steaks then you’re in luck. As per our analysis, it’s a great investment: you would reimburse your investment on average within 4 to 5 years.

How did we come up with that? We compared the average upfront investment of $509,806 you must pay for as the franchisee to the expected profits (for that, we used a 15% net profit margin, which makes sense given adjusted EBITDA is ~27%).

Download our business plan template below and access your 5-year financial projections as well as insights and reports like your breakeven point, payback period, return on investment and more.